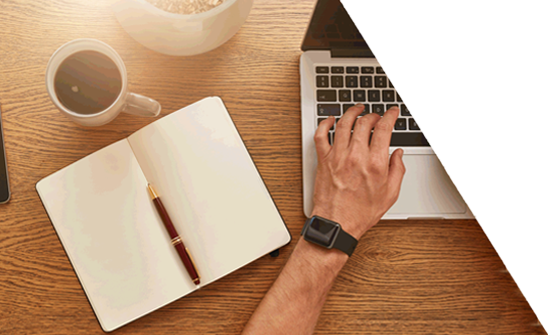 Market insights from our experts

The purpose of this article is to develop a guiding framework which will help property owners and developers effectively to conduct and establish an 'Opinion of Market Value' during and after the COVID-19 pandemic and to provide guidance as to how the requirements of the valuation Standards may apply during this time and in related specific situations.

The converging of two worlds - real estate and technology: "the tomorrow-world of applied PropTech"

The PropTech economy is the confluence of two great bastions of investment and enterprise: technology and the real estate industries. It touches everything in society, from how we work, live, and play to our investment decisions

Canny investors in the real estate industry are "seeing around corners", espying opportunities in an otherwise moribund and conservative market. Convenience, location, technology and the youthfulness of the consumer market is driving disruption in the industry. The market is encouraging all sorts of new segments and forms of use, most are supported with technology.

RE Investment Guide : 7 Strategies to follow in a crisis

It has always been trite that a crisis provides fortune for investors with liquidity. COVID-19 is not going to be any different either. Experts and Analysts are expecting COVID-19 to be the biggest crisis after WWII; the opportunity for investors is also of the same magnitude.

Before the pandemic, the conventional wisdom had been that offices were critical to productivity, culture, and winning the war for talent. Companies competed intensely for prime office space in major urban centres around the world, and many focused on solutions that were seen to promote collaboration

While it might feel as if the coronavirus crisis is over, it’s not. The virus is still out there. But some things have changed. And because life during a permanent lockdown isn’t sustainable, public health experts are beginning to embrace a "harm reduction" approach, giving people alternatives to strict quarantine.

Residential projects under stress due to regulations and market factors

Regulatory amendments, changing market dynamics & delayed approvals for development have largely resulted in stressed residential projects. The primary outcome of this has been a liquidity crunch in the sector, which is the major issue faced by the residential development sector currently.

The formula for growth in testing times

It’s a testing time for real estate developers ... How testing is it, really? And ... What’s next? These are the questions that define thinking of leadership teams at most property development firms today. The driving factors for this line of thought being liquidity crunch, inconsistent residential sales velocity, unsold inventory, reduced operating margins and additional regulatory parameters.

The story of the “Recycled Property”

Millennials are changing this world faster than we can imagine. This generation’s needs are inspiring and hence there is a strong opportunity for the collaboration of research and technology. We find that as buildings age, there is no need to dispose of them; rather, there is an opportunity to investigate repurposing them.

Co-living is the latest buzz word in real estate sector today. Yes, it is a very promising segment and evolving very fast in India, particularly in major cities which attract migrant professionals and student every year.

Introduction to REITs in India

As a growing economy with a population base of 1.2 billion, India is currently facing the crisis of urban housing shortage. According to our research, India's urban housing shortage is now at 61.91 million units with a rural to urban breakup ratio of 70:30. In 2015, the Central Government launched Pradhan Mantri Awas Yojana (PMAY) to address the demand and supply gap.

E-commerce sector in India is expanding at brisk rate. The funding world has witnessed multi-billion dollar transactions in this space and same trend is expected to continue. This segment requires different scale of warehousing infrastructure for supply chain management and one of the requirements is small distribution centers. In coming years requirements of small distribution centers across the city will grow multi-fold.

Opportunities in traditional real estate segment will remain, however, newer segments will witness increased interests and investments on account of huge untapped demand.

Bangalore Metro Phase I was fully operational in June 2017; it is a significant milestone considering the crumbling infrastructure scenario in the city. The completion of the interchange between the East-West and the North-South lines at Majestic has reduced travel time along these lines by half as compared to any other means of transportation. As on October 2017 the ridership has reached around 4 lakh commuters. With a frequency of one train every 5 minutes during peak hours, the ridership is expected to increase to 5L passengers by the end of 2017 and a million by 2018.

Unlocking Potential of Available RE Spaces

Today real estate is witnessing optimization of spaces and aging commercial developments are offering an opportunity to the owners to evaluate newer development options for their properties. Growth of real estate developments in India started in early 1990s and top 7 cities of the country today have significant office space stock which is more than two decades old.

The completion of Namma Metro Phase I and the inter-connection between the East-West and the North-South lines of the metro rail at majestic has revived real estate interest in the locations along the Metro corridor, especially in Bangalore West. While IT/ITeS developments have been strong in South, East and North of Bangalore, the west has been an industrial location. As a result, job creation has been limited and so has real estate activity. With improved connectivity on account of the completion of Metro Rail Phase I, this micro-market is witnessing renewed interest both from developers and end-users.

Today, traditional fixed-income investments do not provide the desired returns as they did in the past. Real estate has been an integral part of an investor's portfolio primarily on account of stable cashflow returns, diversification benefits due to low correlation with other asset categories.

India is witnessing rapid urbanisation and more youngsters are migrating every day from smaller towns to urban centres for education and work. IT/ITeS has been a major sector to employ young professionals in Bengaluru, Chennai, Mumbai, NCR, Pune and Hyderabad, fuelling the need for 'Professional Housing' in these cities.

Integrated Townships are self-sustaining mixed-use developments with residential as the predominant use along with a mix of other complementing uses such as commercial, retail and social infrastructure such as hotels, clubs, schools, parks and hospitals.

East Bangalore comprising of Outer Ring Road (KR Puram to Iblur), Sarjapura Road, Varthur and Whitefield micro-locations has emerged as prime office destination and accounts for 47% of the commercial office stock in the city. Most of the IT/ITES companies in Bangalore have large office set-ups in East Bangalore and prefer the location for expansion and consolidation.