Summary: Bangalore Metro Phase I became fully operational in June 2017 connecting the central and the off-central areas. However, it has not connected the key economic hubs housing 90% of the IT /ITeS jobs such as Electronics City, Whitefield and ORR. These will be connected as part of Phase II (WF, EC) and Phase II A (ORR) respectively. It is observed that real estate activity increases about 2 years before the completion of any metro line in anticipation of better connectivity and the resultant price appreciation. However, a sharp appreciation in rental value is observed only post commencement of operations of the line. Currently, the impacts of the metro connectivity are only partially visible with residential activity increasing in locations like Kanakapura Road, Mysore Road, Tumkur Road and Magadi Road and office rentals increasing in the CBD. The completion of Phase II will lead to a multi-fold increase in ridership and a resultant increase in rental values of EC and WF.

Bangalore Metro Phase I was fully operational in June 2017; it is a significant milestone considering the crumbling infrastructure scenario in the city.

The completion of the interchange between the East-West and the North-South lines at Majestic has reduced travel time along these lines by half as compared to any other means of transportation. As on October 2017 the ridership has reached around 4 lakh commuters. With a frequency of one train every 5 minutes during peak hours, the ridership is expected to increase to 5L passengers by the end of 2017 and a million by 2018.

The current increase in ridership is only due to people travelling from off-central locations towards the city center. Ridership to Whitefield has not increased due to last mile connectivity issues.

1 Based on past experience of the underground metro construction we expect the Nagawara to Gottigere line to complete by 2025.
2 The state government intends to fast track this phase and complete Phase II A by 2020; however, on ground, land acquisition is yet to start and funding is still an issue. Therefore, we have considered a realistic timeline of 2025 for the completion of this line.

It has been observed in several case studies around the world that Metro Rail connectivity has the following impacts on land use and real estate. 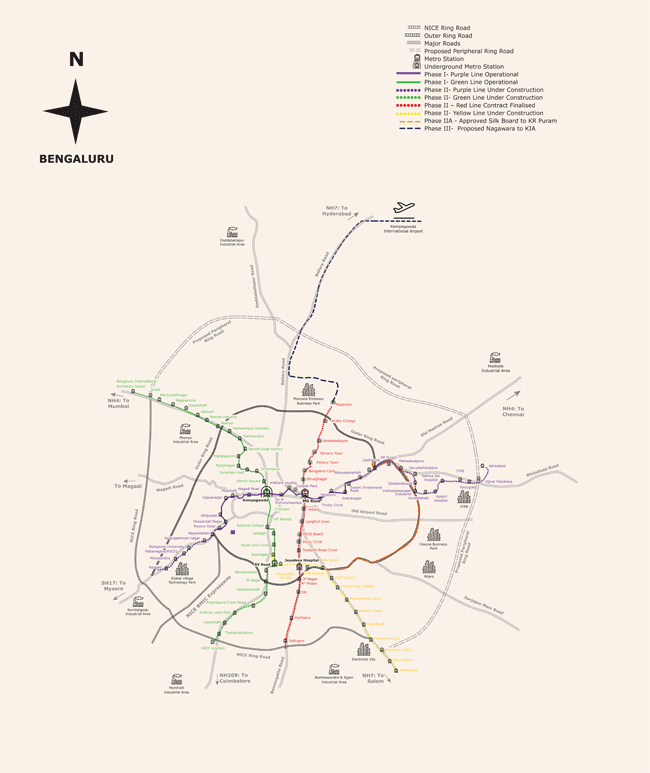 Therefore, the impact of metro corridor will unfold in three stages:

The immediate impact of any metro corridor is the increase in residential activity along the corridor in anticipation of improved connectivity. Residential development is at its peak 2-3 years before the commencement of the metro line.

The difference in rental value between WF and ORR to drop at least by 30% on the commencement of metro operations in WF post 2022.

Post 2025, Phase III metro construction connecting the city to Bangalore North will ensure metro connectivity to all the key economic hubs of the city. The focus of real estate development will then shift towards Bangalore North. 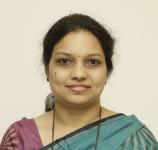 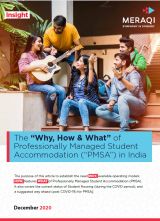